Introduction of 【Hand of Gods】


The main interface is as follows: 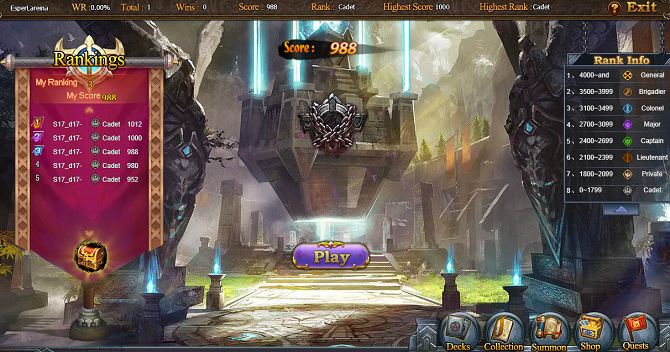 Press the Play button in the middle of the interface, players can find match with others.

Introduction:
I. Card Acquisition
*Players should get cards in summon or shop to form a deck before they find a match.
1. Summon:

to enter into the Summon interface, spending silver to get card and card shards. 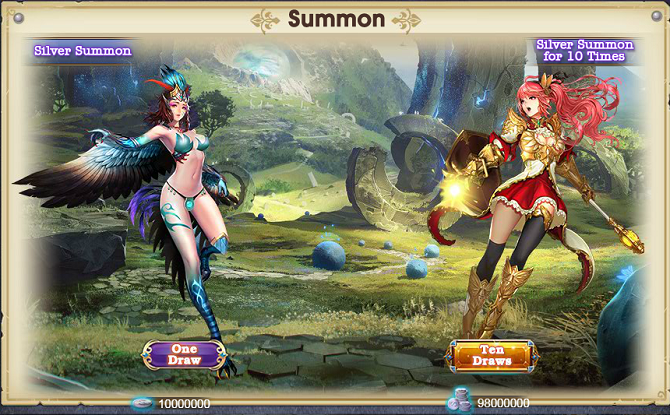 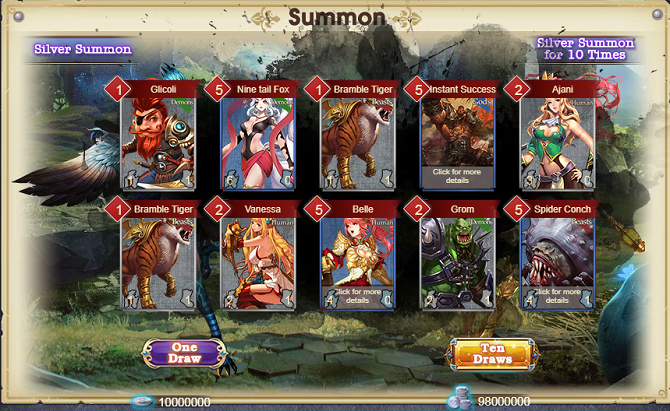 to enter into the Shop interface, spending Silver or Gold to exchange card directly.


Cards in Shop can be refreshed free for the first time, then players can also use Gold to refresh it. 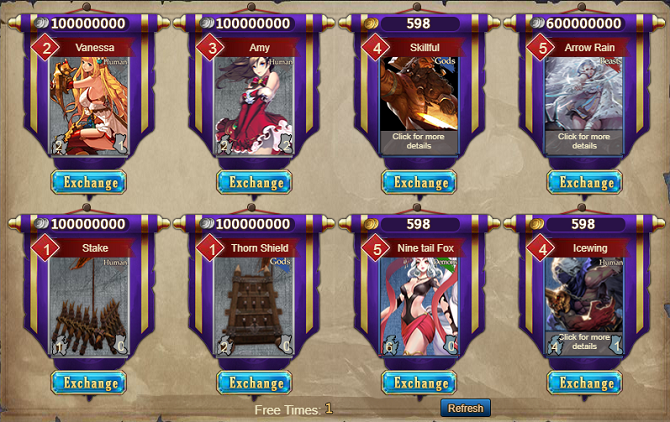 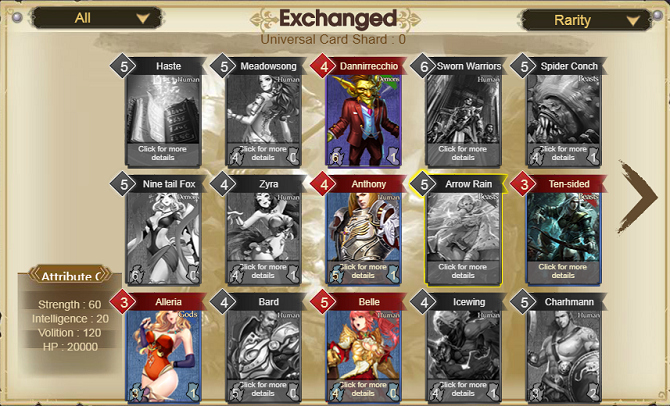 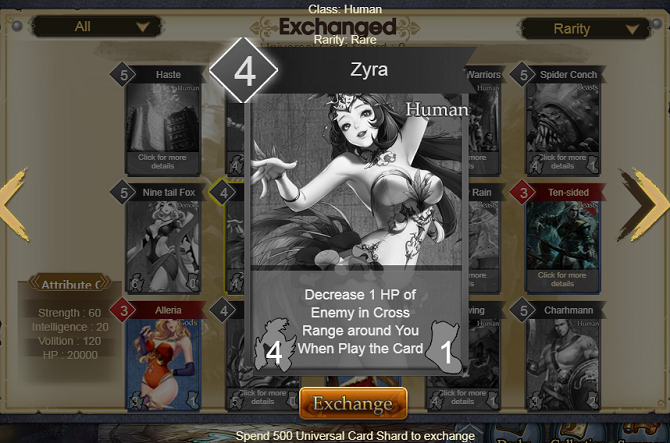 II. Card Explanation
1. There are three kinds of card , including Character Card, Construction Card and Skill Card.
Character Card: Move 1 grid each turn, but can only be placed behind the battle line.
Construction Card: Can’t move, can only be placed behind the battle line.
Skill Card: Can be placed anywhere, disappear after usage.
Mana: Resource to play the card, cards can’t be played if mana is insufficient.
Group: Attribute affect certain skills and characters.
Mobility: Special attribute of character, character will move according to their mobility after being played.
HP: Damage character can take during battle and damage they can deal to enemy headquarters.

2.Requirement of Victory
*When your headquarters lose all health, your opponent will win and vice versa.
*A draw game is determined if both sides have played all cards yet remain the same HP.
*Game can be resumed after reconnection.

III. Spare Decks
Each player will have a original deck (including 12 cards), and can reorganize the deck with new cards by dragging the card into your deck
*Players can’t complete a deck with less than 12 cards

Battle Interface
1. Headquarters Health Bar will decrease by certain skills cards or enemy characters, if health bar drop to 0, player will lose the battle.
2. Different card needs different amount of mana.
3. Players can concede by clicking the Surrender button, but they can’t surrender at the beginning of the game.
4. Players can click end turn to end your turn.
5. Players can have four cards at their hand, cards will be replenished to your hand from the deck. Players can not draw cards if the deck is empty.
6. Players can exchange Undesired Card in Hand with Card in Deck by removing card to Exchange button, Once Each Turn
7. Your Character Card and Construction Card can only be placed behind the blue battle line and the color of your enemy battle line is red.


8. Player can check Card details by putting your mouse on the card.


Top 10 players can get extra ranking reward each week.