Blade of Queen will undergo an update for S1-S230 to improve and provide better game experience, which starts at 4:00 Aug.16 (EST). The update lasts about 15 minutes after the in-game announcement.

in Guild Activity to enter.

1) There’re 20 Chapters in Guild Instance, each with a Boss whose HP is shared by Guild members. Players can challenge the next Chapter after defeating the Boss of current one. 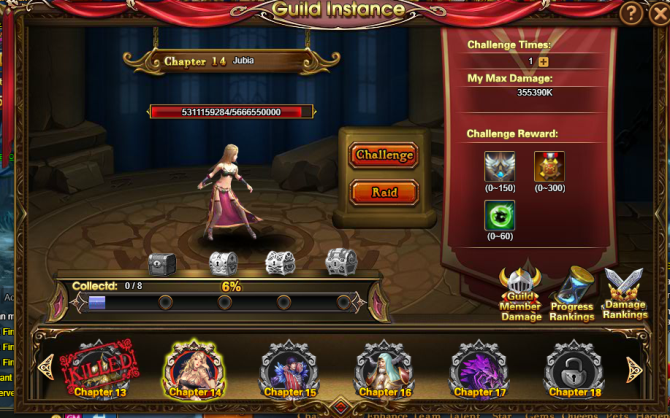 2) Guild Instance is reset at 0:00 every day. The progress will be reset to the highest Chapter that has been challenged the day before -1

3) Guild members have two free chances to challenge every day, and can buy additional challenges.The more challenge times are purchased, the more Gold it cost. Up to 8 purchases per day

4) Guild members can raid the Chapter after they have challenged the Chapter. The damage by raiding is the highest damage the player has dealt at the Chapter in history (reset daily).

in Daily Activity to enter. 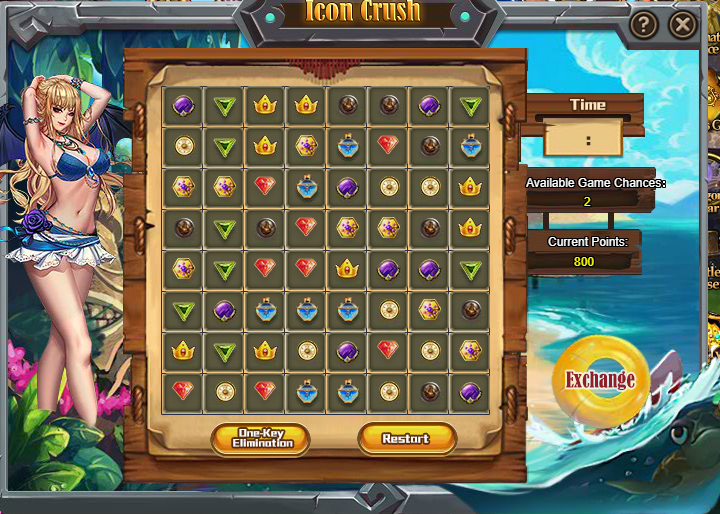 Players can get one chance to play by logging in the game every day, and then every half an hour online to get another one, up to five chances a day. Chance will be reset to 0 at 0:00 every day.

2. Reminder of exchange times in Battle Chasers is added to To-Dos.

1. Fixed bug that Buddies can use Eidolon skills in some cases.

2. Fixed bug that Thunder brought by Battle Soul could deal damage to the World Boss.

3. Fixed bug that the target with high Melee Armor will undertake much more damage from Melee Attack than Special Attack.