The Challenge Stage is divided into 5 chapters. Each chapter has several monsters, and players have to challenge in order.

After the Challenge, players will be divided into different groups according to the Rankings, and the Qualifying of each group will be carried out 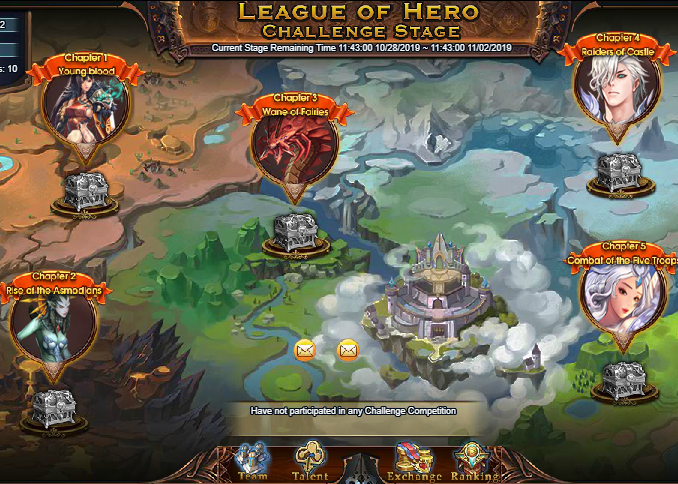 1. Each chapter has a Boss and Heroes need to defeat monsters along the way to reach the Boss. After defeating the Boss, they can pass the chapter.

2. Each challenge will deduct 1 challenge chance. If the challenge fails, the monster's HP will remain at the end of the last challenge. Heroes can win by repeatedly challenging it!

4. In each chapter, there are multiple paths to the Boss. In the path with fewer monsters, monsters will be more powerful. Heroes can choose the path according to your strength.

* To make it more interesting, system will randomly select players’ formation from the rankings as the guard squad in Chapters 4 and 5.

* In each chapter, Heroes can change the challenge path at any time, and sections that have been completed cannot be challenged again. 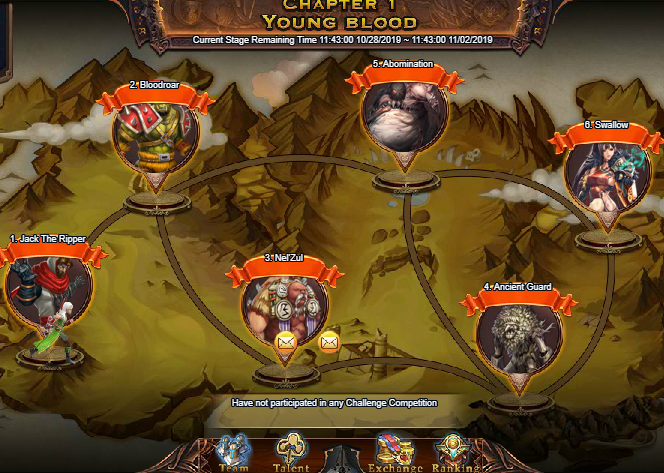 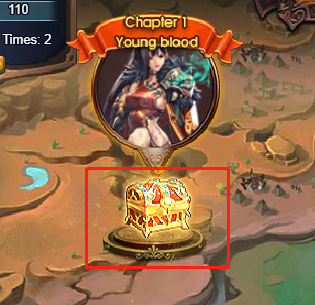 After defeating the Boss in Chapter 5, players can consume challenge times to raid the chapter. A certain amount of Hero Medals can be obtained for each raid. 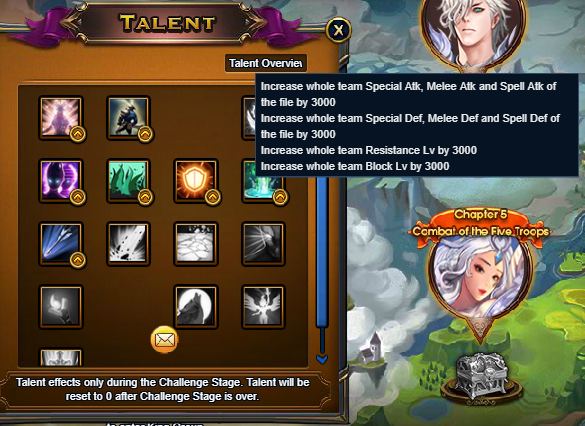 Hero Medals can also be exchanged for Buffs that increase attributes of the whole team in the following Qualifying Ranking Stage.

* Buff obtained in the League of Hero will only take effect in the battle of the activity.

* Buff obtained in the Challenge Stage will only take effect in this stage and will not retain in the next stage.

* The faster the progress and less the challenge times the player uses, the higher the ranking.

If the progress and challenge times are the same, the players who reach this progress earlier will be ranked higher.

When the Challenge Stage is over, players are divided into groups according to the rankings.

Players can view their challenge progress, rankings and expected group of Qualifying at the bottom of the activity interface.

When the Challenge Stage is over, players are divided into 5 groups to join the Qualifying according to the rankings as the following chart shows:

1. The Qualifying takes the form of points competition. Each round shows five opponents on the battlefield for the players to challenge. Players can obtain points and Hero Medals by successful challenge.

* Players will encounter opponents of other groups, but the points obtained will only be ranked in their own groups.

4. At 00:00 every day, the corresponding ranking rewards will be available according to the points rankings in the group. Players can click the treasure chest at the bottom of the ranking list to collect them.

5. After the Qualifying Ranking Stage, the top 16 players of each group will enter the Finals of the corresponding group.

During the Qualifying Ranking Stage, and players can exchange all kinds of Buffs with Hero Medals in the Buff page of the Exchange. The system will refresh 3 Buffs for players at 00:00 every day.

Buff can increase the attributes of the whole team, and only take effect when the player takes the initiative to challenge the opponent.

Each buff has a fixed number of effective times, which can be viewed at the bottom of the interface.

* Players can only have one effective Buff at the same time. New buff will overwrite the effect of the previous one.

* Buff obtained in the Qualifying Ranking Stage will only take effect in this stage and will not retain in the next stage.

1. After the Qualifying Ranking Stage, the top 16 players of each group will enter the Finals of the corresponding group.

2. The Finals are divided into four stages: Top 16, Quarterfinals, Semi-Finals and Finals. The matches start at a fixed time every day, and players can view the specific time at the bottom of the activity interface.

Before the start of matches every day, players can support any player, one at most for each day.

After the Finals, ranking rewards will be sent via mail according to the rankings.

When the competition is over, there will be a display stage for 3 days. Players can check the battle results and exchange items at the Exchange.

* Hero Medals will be cleared after the display stage. Please pay attention to the end time and use your Hero Medals as soon as possible~