All new Horcrux-Golden Armor Chaos is Available! Come on!

to join the event. 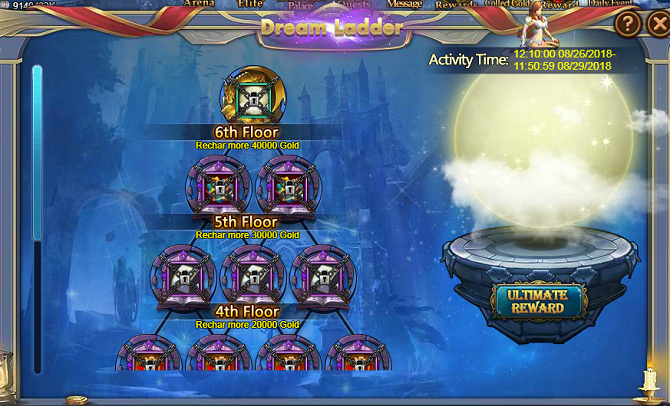 Rules:
1.Accumulated deposit reached to certain amount of gold, relevant rewards can be acquired.
2.Only one Reward can be claimed each tier. Players can choose reward you want and choose which route you want to go forward. After choosing, you need to go on with the designated route.

Activity Two: One Choice of Blessing 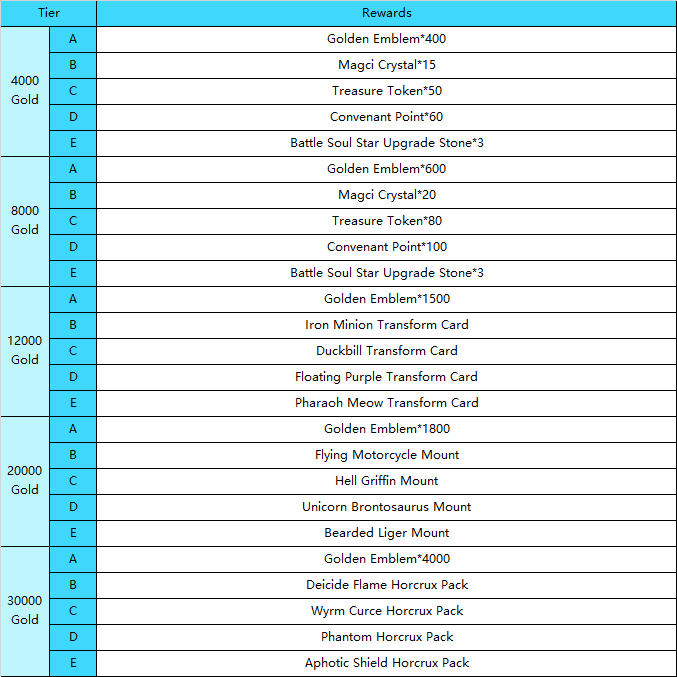