1. The Process of Auction

During the activity, the system will auction a rare item at 0:00 (EST) every day.

Before 21:00 (EST), players can bid within the bid range of the auction lot.

The auction is over at 21:00 (EST) and system will pick the player qualified for the auction lot. 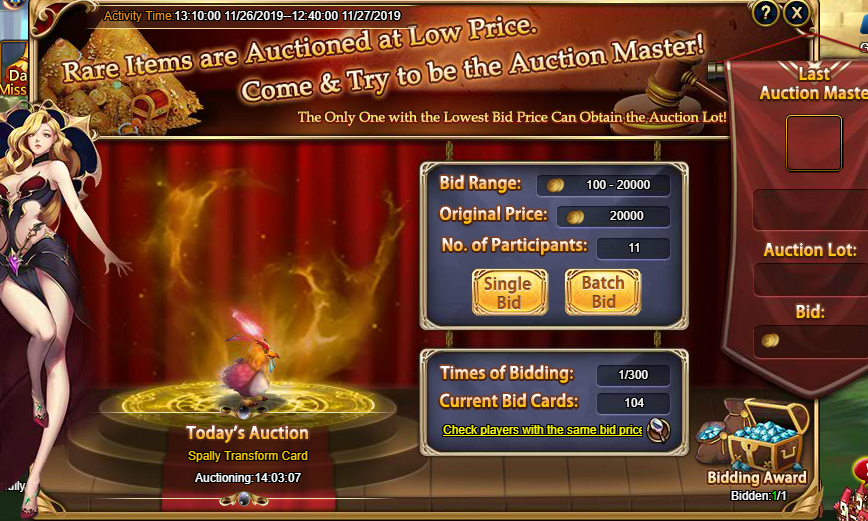 2. The Rules for Auction

a) Every item auction lot has a bid range and players need to bid within the bid range.

b) It will consume one Bid Card and charge an amount of deposit to bid once. Bid Cards can be obtained in official events.

c) Players have the max number of times to bid in a round of auction. Once the number is reached, they can't bid for the lot in this round.

d) Players can also batch bid, which consumes Bid Cards with the same number of times of bidding and also charges the highest Bid Price as a deposit. When batch bidding, players need to fill in the minimum and maximum value of the Bid Price.

*The Gold deposited in this activity will not be included in other consumption events.

e) After the auction, the only bidder with the lowest Bid Price in all servers wins the bid, who will obtain the auction lot and pay by deducting the deposit of the bid price.

f) If there is no only bidder with lowest price, the group of the least number of people with the lowest price will be taken, among which the first player who bids the price is the winner.

g) During the activity, players can check the number of players with the same bid price for free. 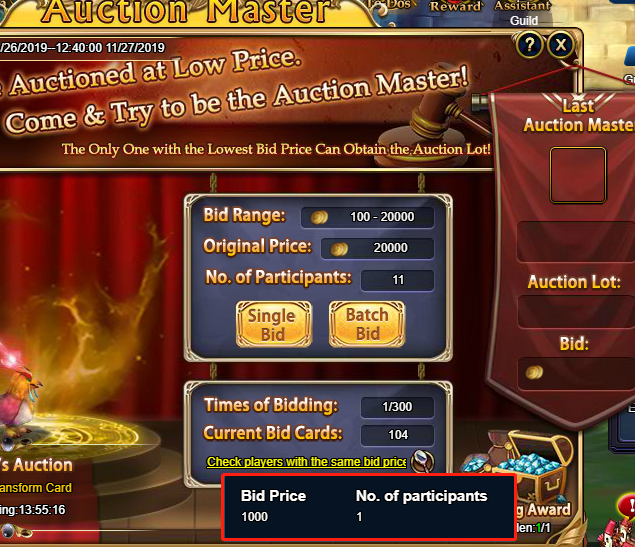 3. The Rewards for Auction

After the auction at 21:00 (EST), the player who wins the bid will receive the auction lot via mail.

The Gold deposited by the players who fail the bid will be fully returned, but Bid Cards will not.

Players can obtain additional Bidding Award according to the accumulated bidding times. 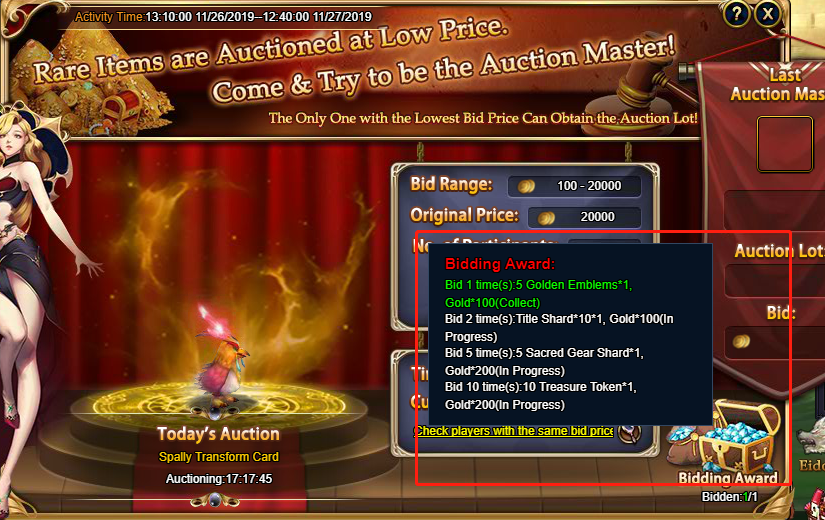